I recently got started reworking on the leg of my inpiRED bipedal Humanoid robot project. The basic idea is to draw all the CAD files using Fusion 360 and simulate the whole thing in a simulator with physical engine. 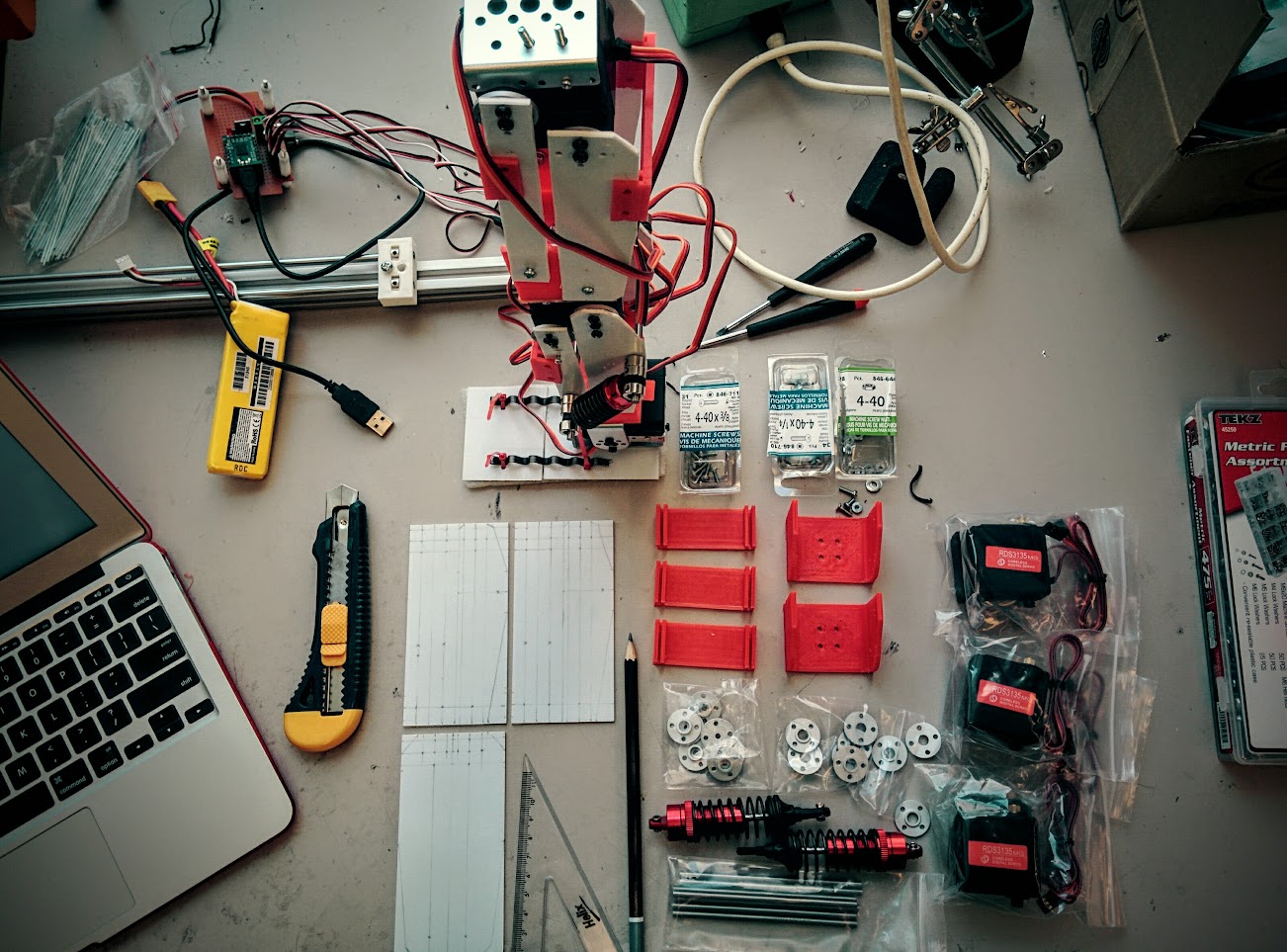 This is the old version I have got. Some of the parts were 3d printed using the model created from 123D Design, the others were hand-crafted. 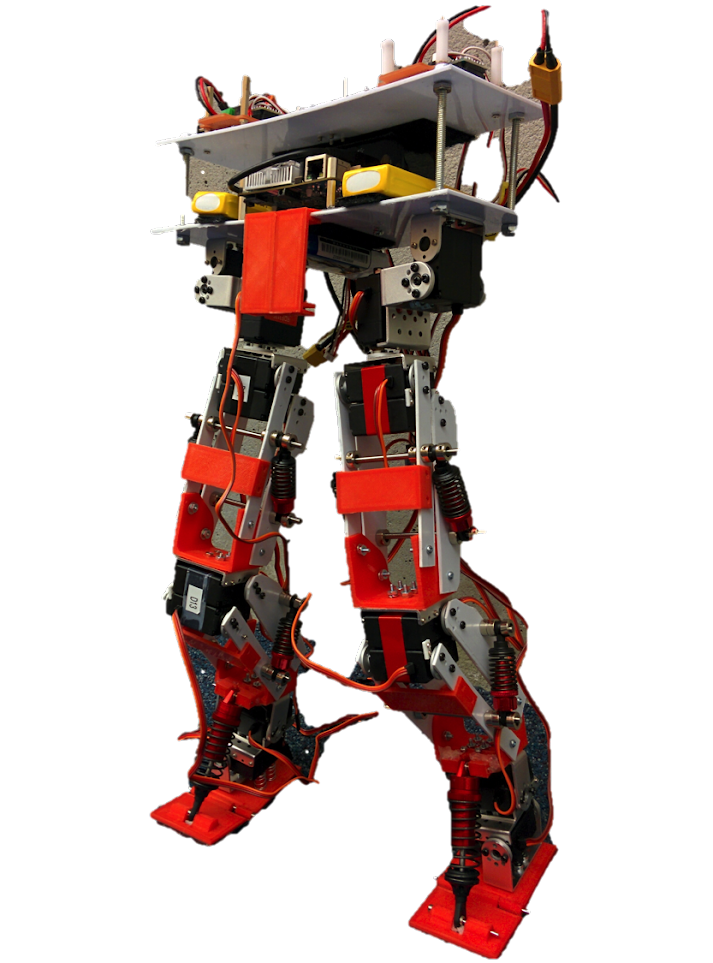 I am currently working in Marginally Clever Robotics with Dan, who introduced me the 3D modeling software Fusion 360. It’s free and powerful. It’s got some great features such as online sharing and co-working.

Here is a screenshot of what I have got so far in Fusion 360. 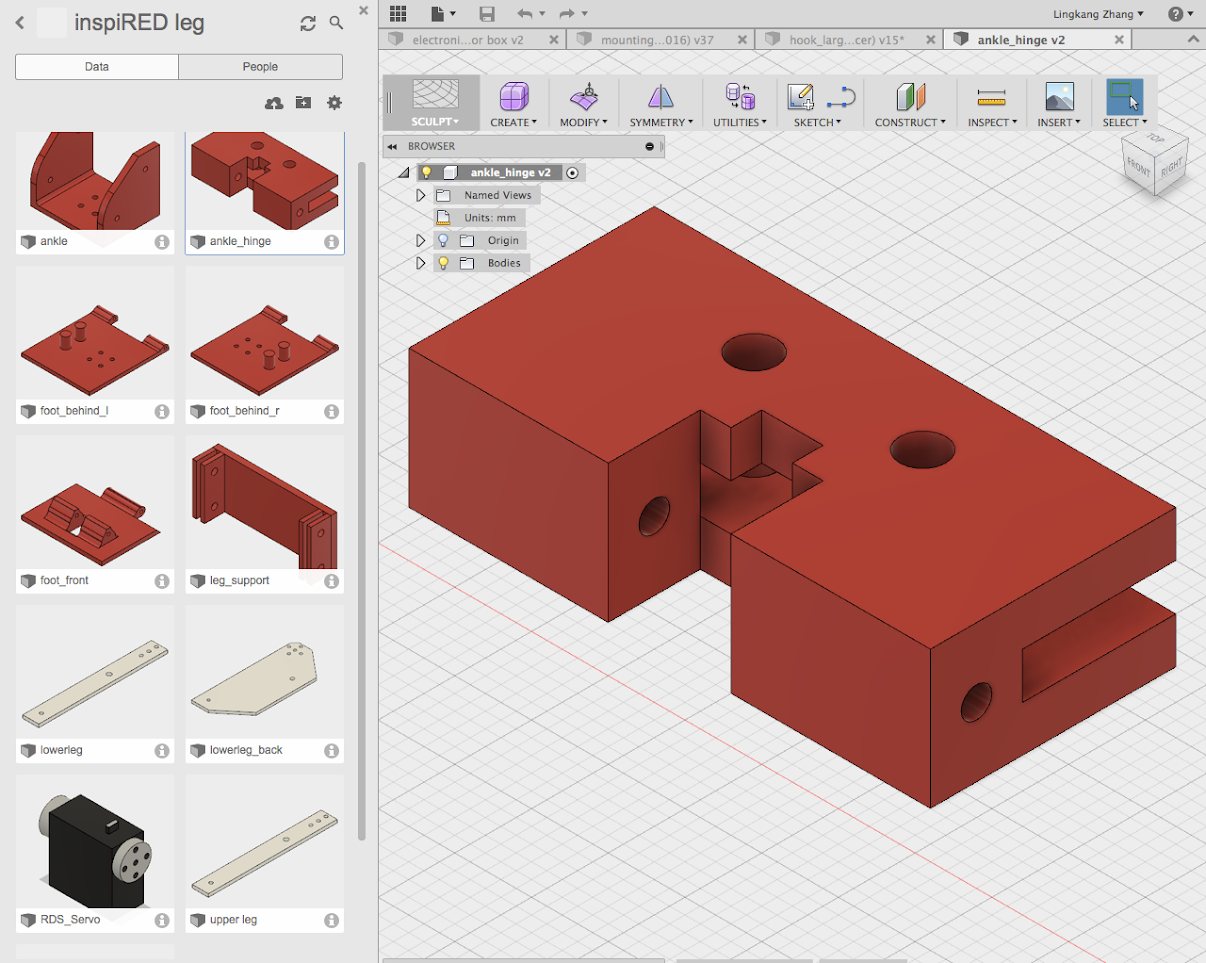 The next step would be assemble the whole thing together and do some simulation. Dan has got his own robot simulator in Marginally Clever Robotics, Robot Overlord which is worth trying.