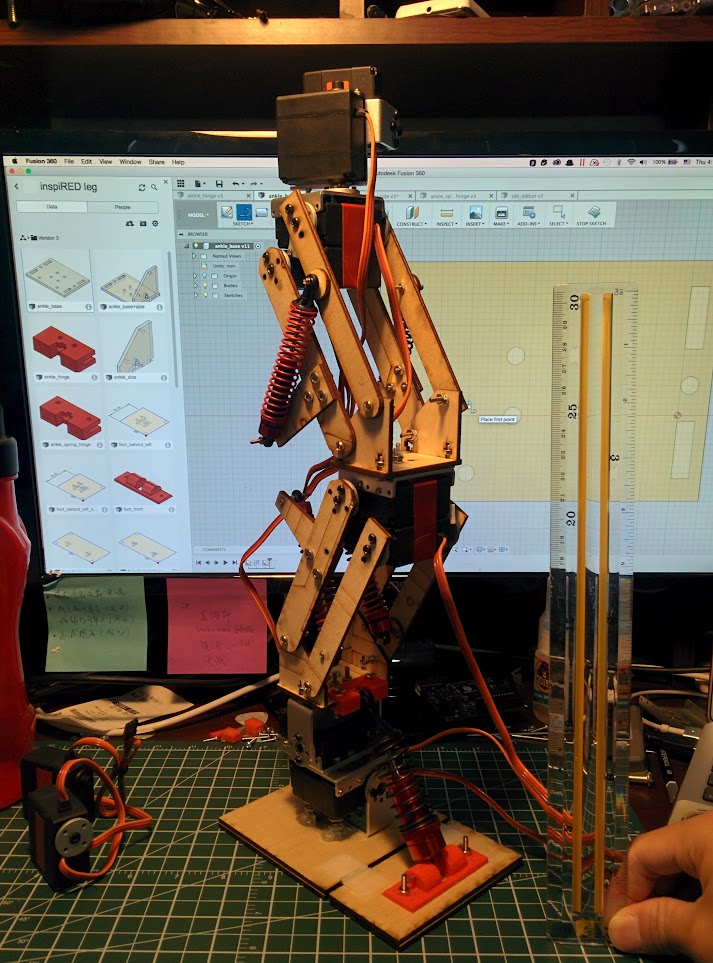 This is [step 3] for the leg upgrade in my inspiRED humanoid bipedal robot project.

The basic idea to solve the collision problem is to mount the shock absorbers on the thigh outside and the ones on calf inside. 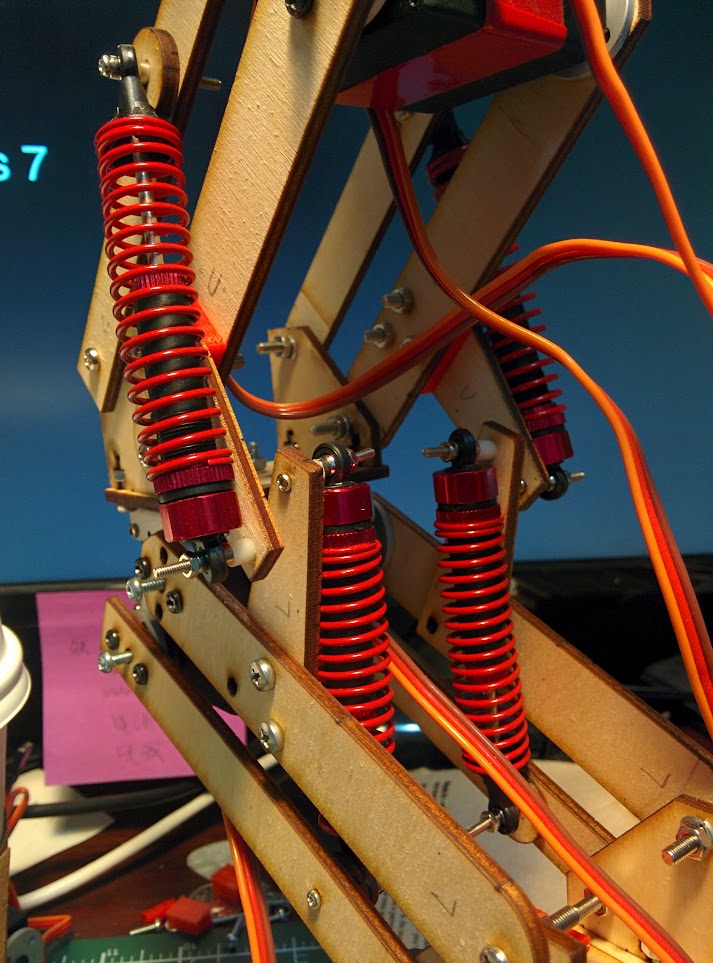 I also 3D printed parts for the hinge to mount the shock absorber between the foot and calf. You can also notice that I added another layer to the foot. The bottom layer has larger holes than the upper layer so that the bolts mounted on the foot will not influence the flatness of the foot bottom. 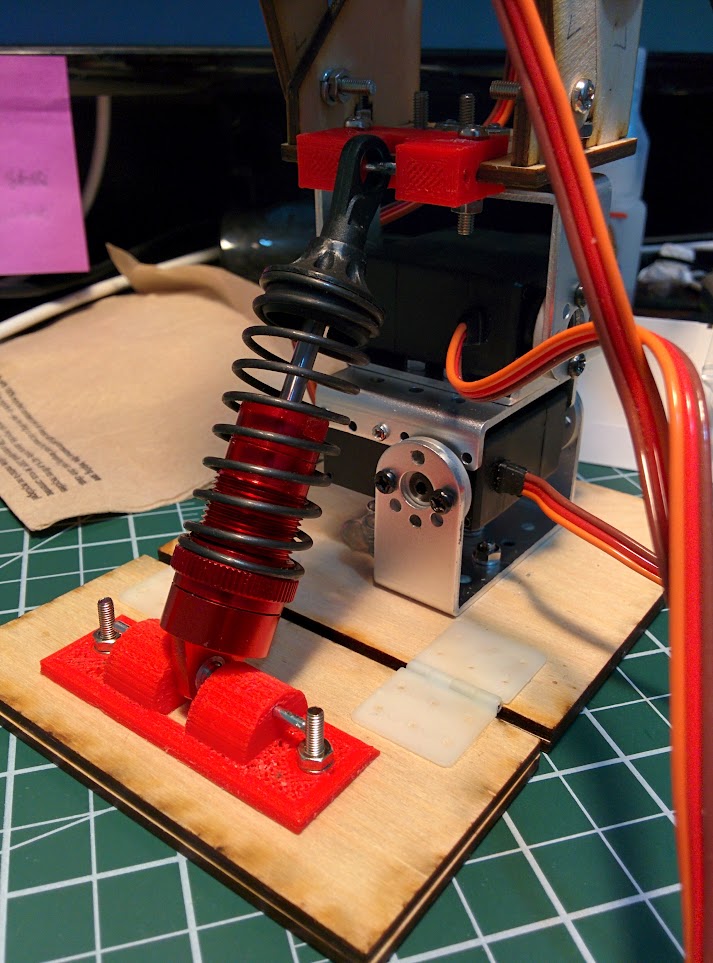 Another tiny fix I made is add another piece to make shock asorber mounting plate on the thigh even more outside to avoid collision. 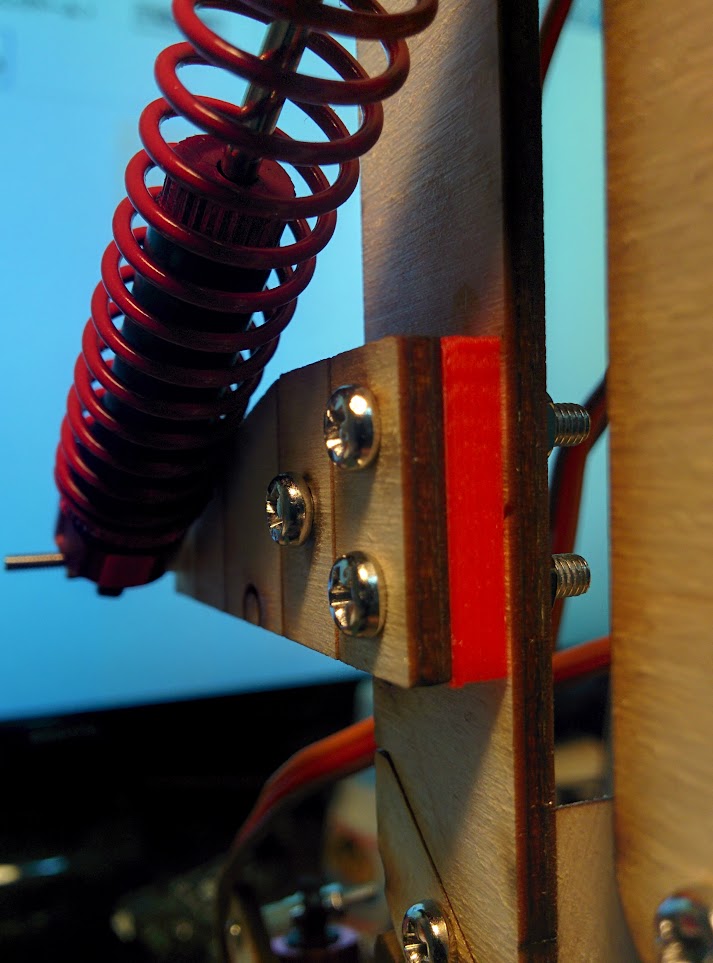 The next step is to write some code to testify the performance of the leg. It will be basically some Python code running on a Linux machine to talk to the Arduino via serial communication. Another thing is to make arms for the inpiRED Humanoid. Things get exciting.