In humans and other social animals, gaze-direction serves an important role in regulating the communication between individualsIn this work, each human can “select” (obtain the undivided attention of) a ground robot and interact with it by simply gazing (looking directly) at it.

Each robot optimally assigns human identities to tracked faces in its camera view using a local Hungarian algorithm. The gaze-direction of the faces will be estimated via vision, and a score for each robot-face pair will be assigned (higher score means higher probability of attehntion). Then the system finds the global optimal allocation of robot-to-human selections using a second, centralized, Hungarian algorithm. 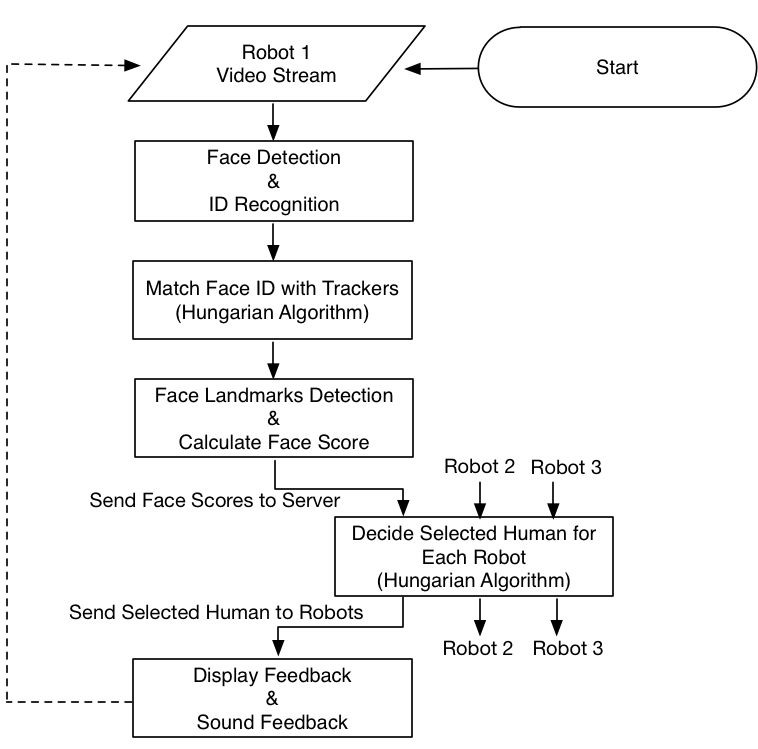 This extends existing work whereby a single human can select one or more robots from a population. It is accepted as a workshop paper in HRI 2016. 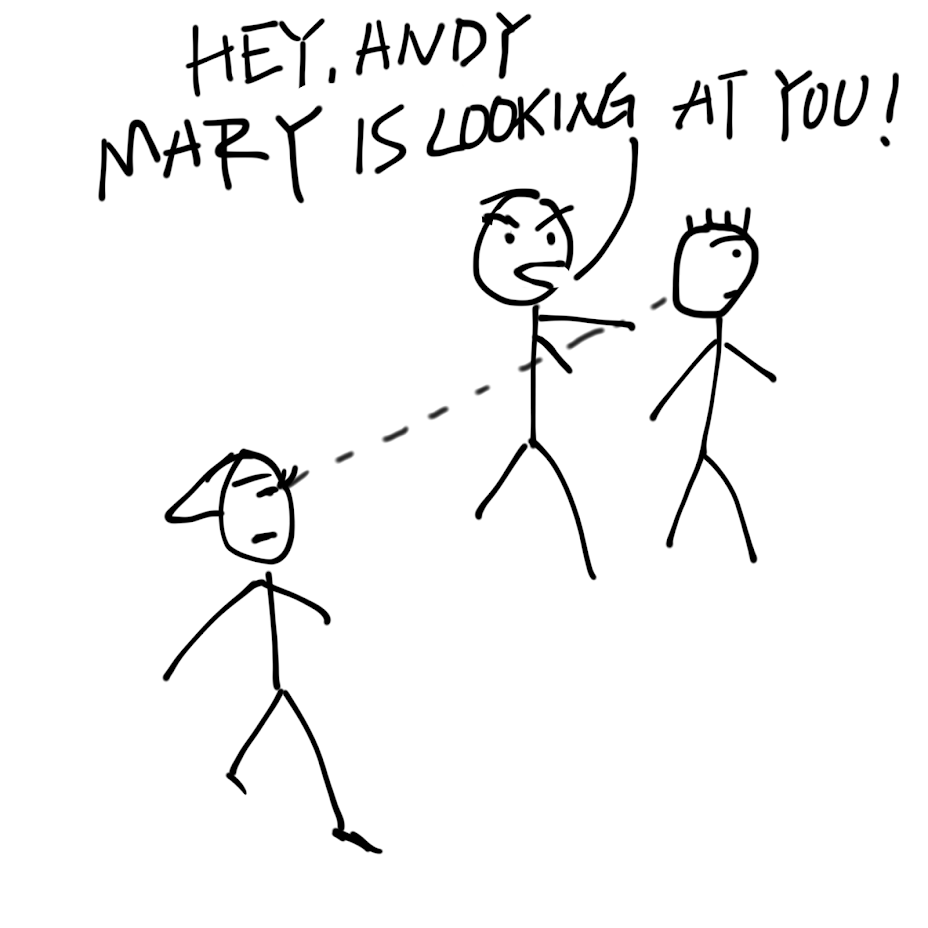 In a multiple human interaction scenario as shown in the figure, a human can be told that someone else is seeking his attention even when he can not see that person himself.

To allow the robots to achive this, in addition to the face pose, the position of the face is also estimated. Vicon motion capture system is used to get the position of the ground robots. Since information about detected user locations and gaze directions is shared among the robots via a centralized server using WiFi. A useful feature of this method is that robots can be selected by people they cannot see. 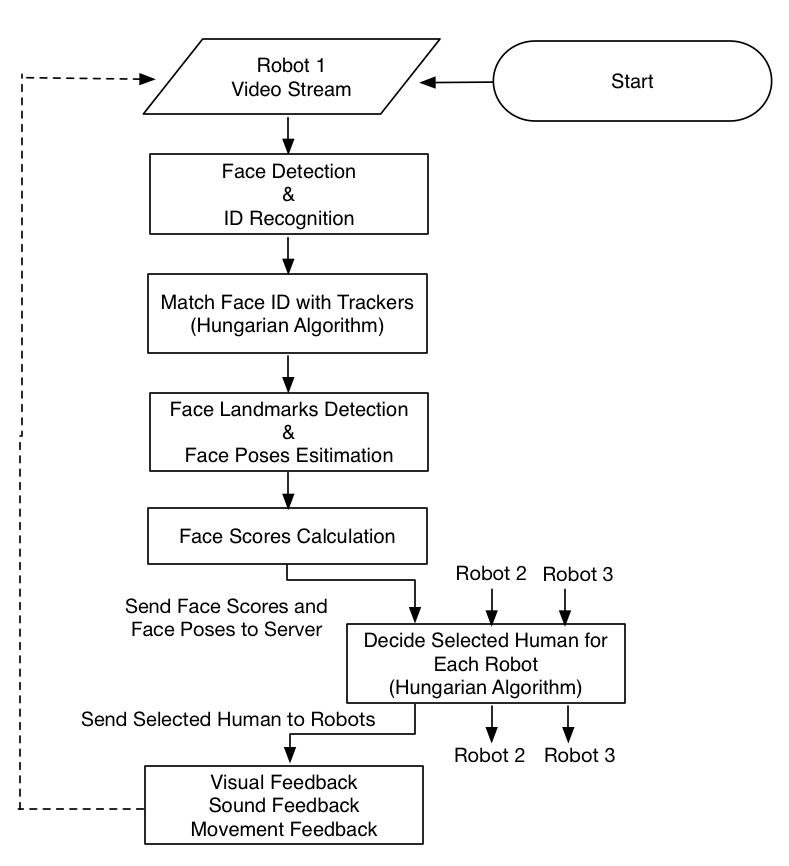 This is the first demonstration of optimal many-to-many robot-selection HRI. It is accepted as a full paper in IROS 2016 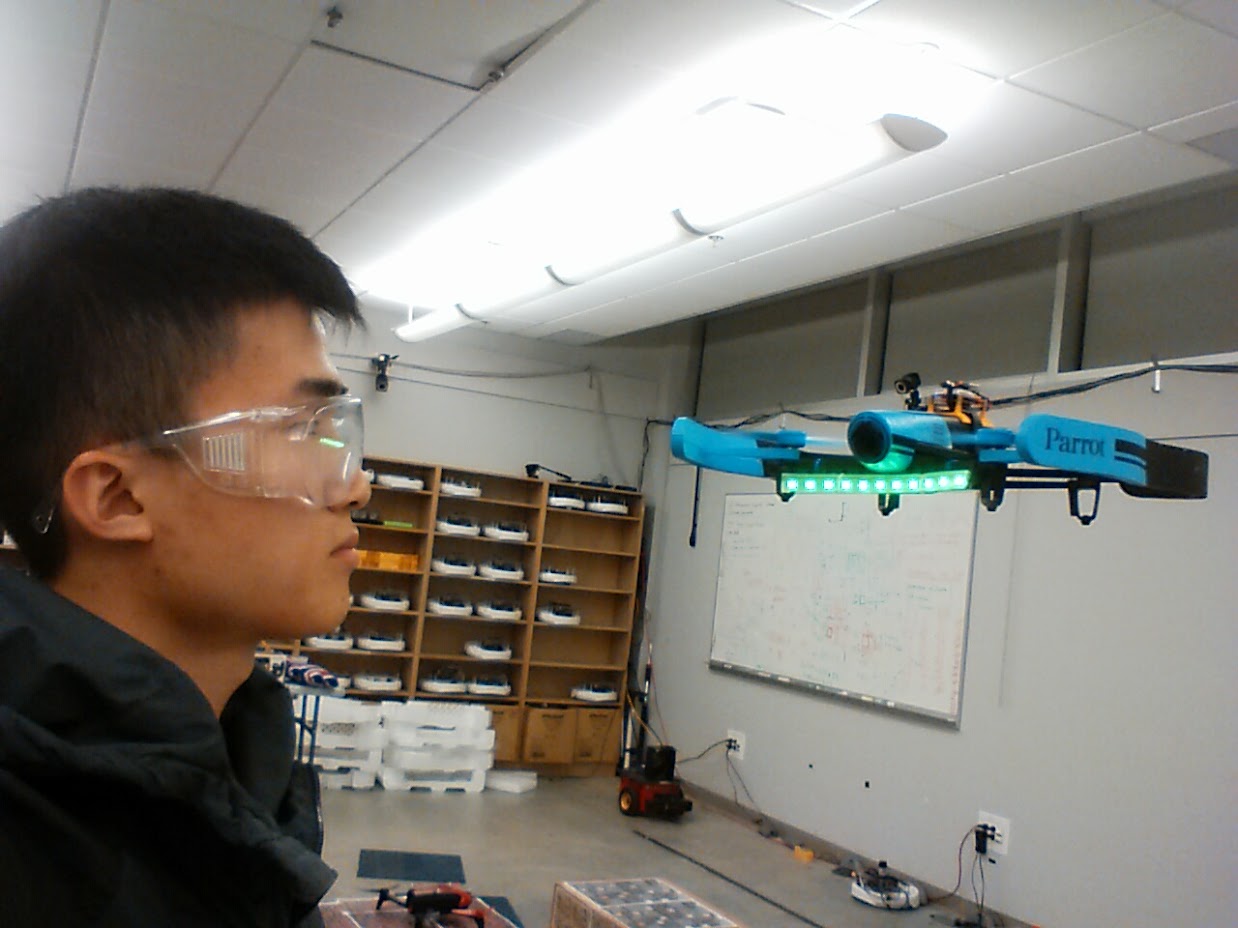 Instead of selecting a robot by simply gazing, this works extends the previous by using a series of “micro interaction” and “micro feedback”.

This work involves the experiment mentioned in section I and II using flying vhiecles.